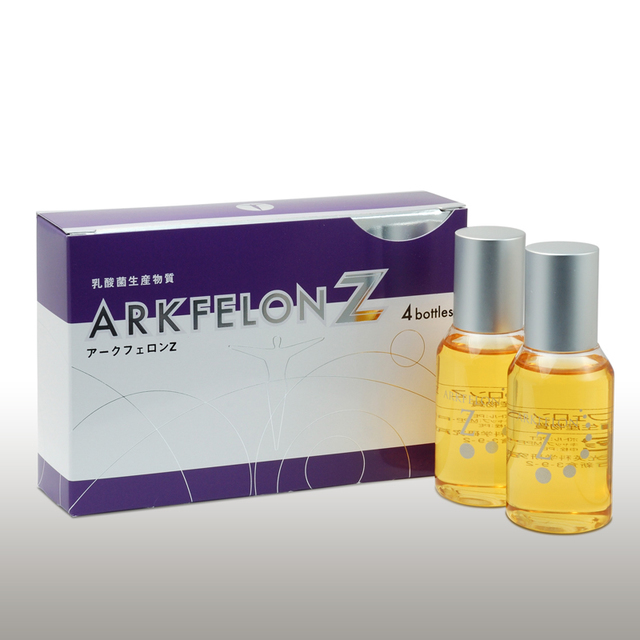 ・This special liquid concentrate is made by extracting the essence produced by 16 species (35 strains) of lactic acid bacteria partway through the fermentation process.

The lactic acid bacteria (LAB) metabolites from Koei Science Lab have been analyzed using the latest techniques and found to contain over 300 different substances. Arkfelon Z lets the user experience the benefits of many of these substances in essentially straight form. And because it comes in a liquid, Arkfelon Z starts being absorbed by the body from the moment it goes in the mouth. 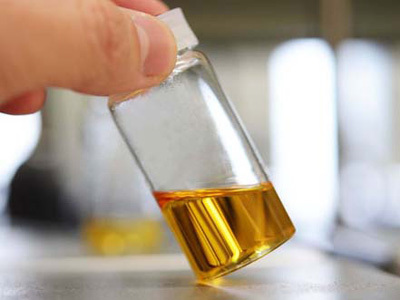 Arkfelon Z not only regulates bowel movements, it also boosts the body’s natural defense system by improving intestinal function. Arkfelon Z also activates the lactic acid bacteria living in the intestine. It is a health food unlike any that has come before. Lactic acid bacteria-fermented liquid concentrate has been patented in Japan as an “agent experiment with antitumor activity” (meaning it boosts the ability of the body to shrink or destroy cancers). What’s more, LAB-fermented liquid concentrate also relieves the symptoms of diabetes and other lifestyle-related diseases.

Arkfelon Z has a tart, refreshing citrus flavor and no unpleasant odor. The user should take around 3-10 ml daily, mixed with water, tea, juice or other beverage. Arkfelon Z stands up well to heat, so it can also be mixed with cooked food. It is transparent amber in color. Arkfelon Z offers a combination of the best of what lactic acid bacteria can produce. 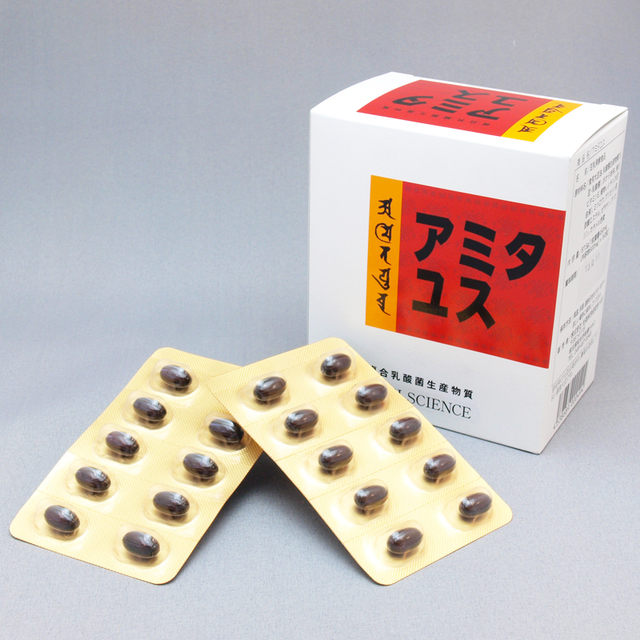 Amitayusu is sold in the form of soft capsules, which contain all these components of LAB metabolites in powdered form. In addition, soy pulp (made from pesticide-free soybeans and obtained as a byproduct of the production process) is added to the mix as a source of dietary fiber, which helps improve the environment in the intestines.

Amitayusu is not a drug, which means it can be taken whenever one likes (generally 3-10 capsules per day) with water or other beverage. Each capsule is individually sealed in easy-to-carry blister packs. Amitayusu can provide benefits against a range of lifestyle-related illnesses, and users who are watching their blood sugar have reported especially good results. 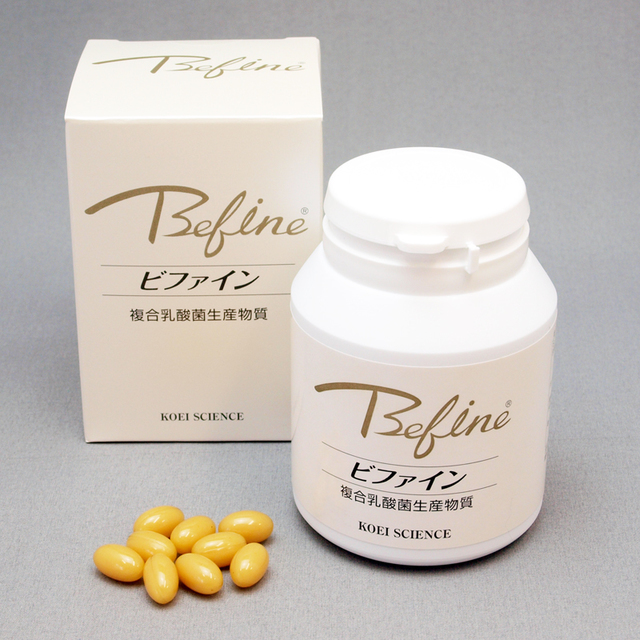 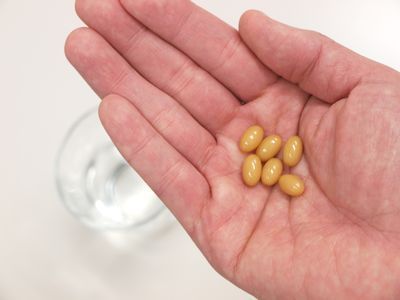 Befine improves bowel function and is recommended for individuals considering a detox diet. The user should generally take 3-10 capsules daily with water or other beverage. Some individuals report benefits in as little as one day, while many of our customers experience results by around their third day of using Befine.

Unlike laxatives, which essentially force the bowels to evacuate, Befine promotes healthier conditions in the intestines so that waste can be moved naturally through the body.

And because Befine promotes healthy conditions in the intestines with continued use, it’s a product likely to bring back repeat customers. Befine is a product suitable for individuals both young and old, and is sold in the form of easy-to-swallow soft capsules.